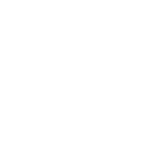 A LABEL & RESOURCE FOR THE AMBIENT LISTENER

'Unfailing Love' is a deeply personal and intimate project by zakè & marine eyes. These tracks will take you on a journey of grief, resiliency and the power of the human spirit; a consistent path to learn compassion and empathy deeper. It is a testament of unfailing love. Forever floating together.

Written recorded and produced by zakè and marine eyes
Additional textures and co-production by Damien Duque
Additional vocals on ‘Floating Together’ by Lucy Gooch
Mastered at Schwebung Mastering by Stephan Mathieu
Design, layout and assemblage by zakè
Photography by Benoît Pioulard

zakè and marine eyes are:
Zach Frizzell and Cynthia Bernard

Zach would like to thank-
The love of my life and kindred spirit-Julia, James Bernard, Isaac & Kait Helsen, Nick Turner, Kévin Séry and Drew Sullivan

Cynthia would like to thank-
My love and dream team partner-James, our children, Kurt Kurasaki and in loving memory of Nicole

'Love Me Tender'
by Ai Yamamoto

Ai Yamamoto is a Japanese-born and Melbourne, Australia based artist who has been making music since the early 2000’s. With her first album on PITP, ‘Love me Tender,’ Ai composes free structured songs, brushed with gentle melodies using piano, strings, wind instruments, and various textures.

Created over the span of 2018-2020, Ai’s careful focus on the mixing process give the tracks a spacious yet intimate sound through mindful cultivation. Dedicating this album to family, friends and her children who have given her their hearts, ‘Love me Tender’ feels much like a love letter, whispering that we can always choose to find a way to be filled with hope (kibou) and find ourselves again.

Thanks to Yamamoto Family, Mares family, English Family,
Electric Dream Studio, MAV, Tammy and Jessica, Sofi, and
friends who have helped me to grow and learn.
--
© Past Inside the Present
This is PITP-V027
PITP.bandcamp.com
www.pastinsidethepresent.com
▪️▪️▪️
REVIEW

“This is the first album Ai Yamamoto has released for US imprint Past Inside The Present, and it almost feels like an artist finally coming home - albeit a home they never lived in before. A perfect meeting of minds a long time in the making, fittingly the work included here has also taken a while to materialise, with the arrangements presented written and recorded over a two year period, between 2018 and 2020.

Japan-born, Melbourne, Australia-bred, Yamamoto's extensive experience working with pianos, strings, wind instruments and keen attention to detail in terms of textures and timbre is clear to hear within moments of hitting play. Having been making music for the best part of two decades, she's long-since honed her craft and fine-tuned those skills, ensuring Love Me Tender is a hushed ambient beauty you won't easily forget.”
—Juno Records

'Holographic Prism' is the final chapter of The Sky Trilogy by Purl – a three chapter volume of works, exploring collective dreams of celestial origin.

"Every being on this planet lives with the infinite vastness above every day. We call it the sky, and we look to it for beauty, for solace, and perhaps for a moment forgetting about the details of our lives and just taking in the grandeur of it all.

Our collective consciousness contains countless stories about the origins of life and of this realm we inhabit as human beings. Many of these relates to the heavens above, as different cultures have often named the celestial bodies in our vicinity (and some more distant ones) after the gods and godesses of mythologies past. We have multitudes of stories of divine beings inhabiting celestial realms, as well as of advanced alien civilizations inhabiting distant star systems.

I don't know where the sounds and ideas that eventually unfolded as The Sky Trilogy comes from, or what their purpose is. In some ways it feels like a distant transmission that I could not quite receive fully, with missing fragments and unclear parts. By once again disseminating these sounds in order to pass through the unique prisms of the minds of the other artists involved, yet another image has emerged that perhaps is the most true. I am grateful to them all." -- Ludvig Cimbrelius

ANONYMOUS_//ARTISTS
ANON2_//TITLE
PAST_INSIDE_THE_PRESENT_//LABEL
PITP-V035_//CAT. NO.
MARCH_5_2021_//DATE
RAFAEL_ANTON_IRISARRI_//MASTER
GGR_CLEVELAND_US_//PRESSED
WMM_CLEVELAND_US_//LACQUER
300_//EDITION
PITP_US_//SOURCE
--
Two artists that have previously released works on Past Inside the Present come together for this anonymous split album.
With this record we want listeners to go in blind, without ego or expectation, with the sole focus on what truly matters: the music. The artists and titles will remain anonymous until the vinyl sells out and then we will reveal all.

'The Other Side of Darkness'
by 36 & awakened souls

‘The Other Side of Darkness’ is a collaborative album from 36 and awakened souls. The project began with James (awakened souls) sending Dennis (36) a few bass loops he made and quickly evolved into a collaborative project with Cynthia (awakened souls) as well. TOSOD is a contemplation on how holding space for hard emotions is ultimately what leads us towards the light. Amongst a year filled with uncertainty and a landscape none of us have ever lived in, the lyrics and feelings captured in the songs act as mantras reminding us of our common humanity. All of the songs on the album were written in the Summer of 2020.

In addition to the main album, the artists also wrote their own accompanying versions of the entire The Other Side of Darkness album, essentially turning the main album into three unique interpretations. All tracks are collected into one extended long-play for the digital version.

The 'After Dark" versions by 36 revisions The Other Side of Darkness into a rain-drenched neo-noir, reflecting on the bleak backdrop of a difficult year. It is a highly emotional, deeply personal work, which was written to be played continuously from beginning to end.

The ‘Other’ versions by awakened souls uncover the numerous sides of Gemini husband/wife duo, James and Cynthia. Ranging from deep drone, dub and acid to compositional ambient and shoegaze, this album traverses many moods. James revives his late 90’s electronic moniker, Influx for two dance-floor focused versions while Cynthia debuts her solo project, 'marine eyes' for three lush and emotionally raw versions.
--
“Owning our story can be hard but not nearly as difficult as spending our lives running from it. Embracing our vulnerabilities is risky but not nearly as dangerous as giving up on love and belonging and joy—the experiences that make us the most vulnerable. Only when we are brave enough to explore the darkness will we discover the infinite power of our light.”  -Brene Brown
--
36 & awakened souls are:
James Bernard - Bass Guitar, Rhodes
Cynthia Bernard - Vocals, Vocal Textures, Guitar
Dennis Huddleston - Synthesizers, Strings, Steinway Piano
--
All songs mixed by James Bernard and Dennis Huddleston
Written and performed by 36 & awakened souls
Mastered by Rafael Anton Irisarri
Artwork by John Hobbs
Design by 36
--
© Past Inside the Present
This is PITP-V039 | MMXXI
PITP.bandcamp.com
www.pastinsidethepresent.com

For a year, in 2015, Matthew Sage (aka M. Sage) cataloged near-daily recordings made with a very narrow creative constraint; electric guitar and a few pedals, all recorded and mixed directly to cassette 4-track. Eschewing the often complex studio gadgetry and computer editing that he relies on for his primary project, Free Dust became a respite that offered room for technique to fall away and for pure expression to surface. He collected and released more than two-and-a-half hours of this material throughout the year as quarterly digital downloads; this body of work was then re-released as a double-CD in 2019 on his now-defunct label Patient Sounds.

Now, Past Inside the Present presents a new collection of Free Dust material, the first proper LP for this project. Woo’d Early is a succinct diurnal counter to the sprawling dusk-settling realms of Archive; these fluttering dawn-oriented guitar works, using the same constraints that originally defined the project, were recorded in the very early mornings of late Summer and early Fall 2019. Instead of cerebral evening ruminations, these are billowing guitar atmospheres as casual morning ponderings. Where Archive was a diaristic account of acclimating to a new life in a new city, Woo’d Early is mornings having adapted. Reveling in the constraints presented by restricted gear, Sage explores melody and texture with an inquisitive, sensitive, and casual curiosity. Not without their hiccups, complications, and delightful quirks, these mostly-docile reflections are a mottled silver sliver of the complicated peace that mornings and maturation present every day; the tender and gray midwestern sky, chalky and pale before the rustling of the day has shaken off the evening’s inky dust.
--
Written, recorded and produced by Matthew Sage
Recorded in Chicago, Illinois in 2019
Mastered at Schwebung Mastering (Germany) by Stephan Mathieu
Photography, design and assemblage by Matthew Sage
Created using electric guitar, electronics and magnetic tape design
--
© Past Inside the Present
This is PITP-V013 | MMXXI
PITP.bandcamp.com
www.pastinsidethepresent.com

Tobias Karlehag is a multi-instrumentalist and sound artist from Gothenburg, Sweden. With his solo project he creates spacious ambient and drone music through algorithmic compositions and improvisation. In his debut album 'Process' he shapes a still and meditative state with modular synths, electric guitar and various electronics with underlying narratives. The music is the result of a shift where the inspiration for his work comes, partially from field recordings, chance and his own reflections on flow and break-up.
--
Artistic idea, composition, recording and mixing by Tobias Karlehag
Mastering by Linus Andersson
Photography by Anton Alvin
Graphic design by Julius åsling
This release is possible through funding by KulturRadet
Vinyl pressed at Spinroad Vinyl, Gothenburg, Sweden
--
© Past Inside the Present
This is PITP-V029 | MMXXI
PITP.bandcamp.com
www.pastinsidethepresent.com

Past Inside The Present is pleased to announce Repetition Hymns, a double album from the enigmatic Black Swan. Comprised of 19 vignettes, the relatively short tracks impart a strong forward momentum despite the 80-minute runtime. Repetition Hymns is thus particularly well-suited to the temporal distortion of quarantine, in which each day feels like an endless repeating loop. Our bleeding hearts are in need of drone like never before.

In the decade since the release of In 8 Movements, Black Swan’s 2010 debut, the anonymous producer has built a reputation for his unique brand of tape-based symphonic drones. While the author behind the moniker remains hidden, Black Swan is still able to surprise and captivate. The dark symphonic deconstructions of those early works have slowly evolved, making space for lighter textures and tranquil meditations on sound, expanding the palette of tones while staying true to an identity in flux.

A common complaint made of drone music is that it is too unchanging, but repetition is also a form of change. So much of contemporary pop music relies on strophic forms built upon inhumanely perfect MIDI loops, repeating the same song structures and melodies. Black Swan gravitates instead towards the imperfections of tape loops, not as a nostalgic fetish but a source of artistic experimentation.

Repetition Hymns is composed of layers of handmade tape loops of varying lengths and pitches manipulated on multiple multitrack recorders. There is a raw quality to this method that conveys a looseness, and a freedom, unlike any of Black Swan’s prior work. The repetition of a loop alters its perception, drawing attention to subtle textural modulation and events resulting from interaction with other loops, before moving onto the next micro-composition. The short track times discourage stasis while allowing for larger scales of interplay throughout the album as a whole. Versions echo throughout, creating cycles within cycles, as reprised motifs disorient the listener’s sense of time.

Sweeping sustained string crescendos can’t help but evoke cinematic metaphors, but any sense of narrative remains abstract. Like a sonic equivalent of the blurred and streaked canvases of Gerhardt Richter’s abstract paintings, Black Swan’s music isolates fine detail to be drawn out over time. Slowness becomes an act of resistance, obliging the listener to live fully in the present. Music is especially well-suited to exploring the malleability of time, and Repetition Hymns is slow music for slow times.
--
Written and produced by Black Swan
Mastered at Schwebung Mastering (Germany) by Stephan Mathieu
Design, layout and assemblage by Black Swan
--
© Past Inside the Present
This is PITP-V034 | MMXXI
PITP.bandcamp.com
www.pastinsidethepresent.com